The names of colors

MS: The colours are foremost in this project: you wanted people to see them, walk into them and for them to be projected on the place and on the visitors themselves. But you also wanted their names to be spoken and heard in many different languages. Why did you include sound in the exhibition and how will you get the public to hear the names?

DB: The idea is to use sound to act on the volume of the space, to mix sound with the ambient air by using a very specific, particularly sophisticated system, which will influence the visitors in the space, taking them by surprise rather than inflicting a steady flow of sound on them. The sound will be made up of words: mostly just the names of the four colours, plus black and white, and numbers. They will be the keys to the construction of the whole piece and will end up with the total number of coloured circles filling the space.
This text will be spoken in about forty different languages, from all over the world, such as Creole, Gaelic, Hebrew, Czech, Albanese, French, German, Finnish, Arabic, English, Spanish, Italian, Berber, Portuguese, Turkish, etc. The speakers will say the names of the colours in alphabetical order in their respective languages and then additional sound will be mixed by Alexandre Meyer. 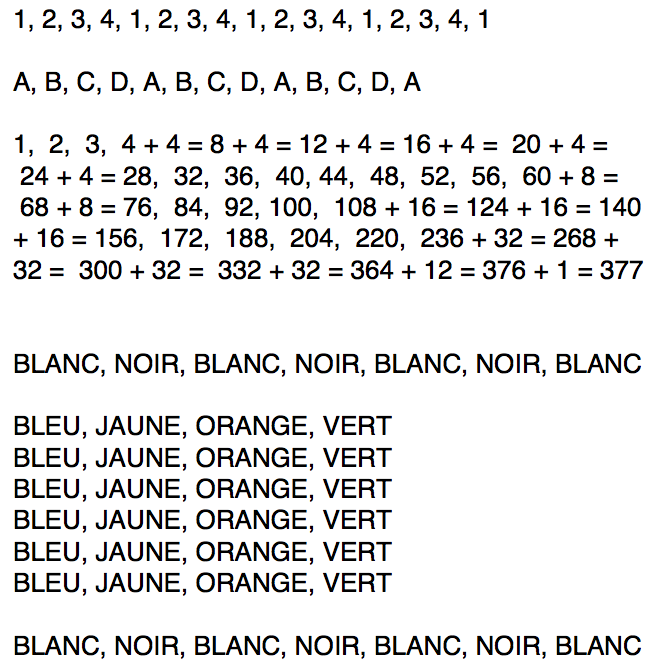