Every year, the Réunion des musées nationaux - Grand Palais presents around forty, very diverse cultural events in Paris, the regions and internationally. It is one of the principal organisers of exhibitions and events in the world. Most of its exhibitions are national or international co-productions with the greatest museums.

The Grand Palais is one of the French public’s most loved monuments, a prestigious showcase right in the heart of Paris. Created for the World Fair of 1900, it has become in a century a site that symbolises the patrimony and creativity of France. The programme schedule at the Grand Palais, both demanding and popular, alternates events in the Nave (FIAC, MONUMENTA, Saut Hermès, Paris Photo, etc.) and extraordinary shows, such as the exhibition “6 billion Others” by the photographer Yann Arthus-Bertrand, the exhibition-sale of the collection of Yves Saint Laurent and Pierre Bergé and the concert of Prince and the dance Festival of Blanca Li.

Exhibitions, concerts, parades, salons, performances – all are accessible to the entire public as culture becomes democratised and is accompanied by a wealth of education programmes.

The Réunion des musées nationaux - Grand Palais, producer of this new edition of MONUMENTA, is in charge of the coordination of transport and the installation of the work, the edition of the catalogue of the event, the arrangement of the reception zones and the bookshop and management of security and surveillance. 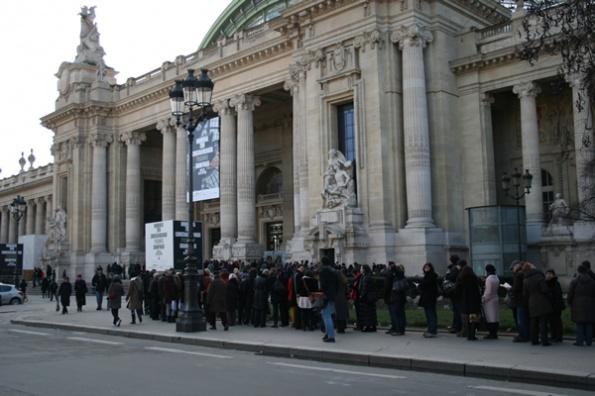