Daniel Buren was born in Boulogne-Billancourt in 1938. In the early 1960s, he developed a radical art form which played simultaneously on an economy of means and the relationship between the support and the medium.

In 1965, when he was working on paintings combining circular forms and stripes of various sizes and colours, he decided to use industrial canvas with 8.7 cm wide vertical stripes (white alternating with a colour). This versatile support was the starting point for research into what painting is, how it is presented and, more broadly, the physical and social environment in which an artist works.

His works soon systematically questioned the place in which and for which they were designed. At first that meant streets, in 1965, and then galleries, museums, landscapes or architectural structures. For these installations he coined the expression “work in situ.” The term has characterised a large part of his production ever since.

The stripes, which he calls “a visual tool”, are used to focus attention on the significant features of the place in which he works. He deploys them within specific and sometimes complex arrangements combining painting, sculpture and architecture.

His works in situ play on viewpoints, spaces, colours, light, motion, the environment, outlines and projection; they may be unashamedly decorative or radically transform the venue.

Incisive, critical and committed, Daniel Buren’s work is in continual flux and always provokes comment, admiration and argument. In 1986, he produced his first and most controversial public commission, The Two Plateaux, for the main courtyard of the Palais-Royal in Paris. That same year he represented France at the Venice Biennale and carried off the Golden Lion.

He is one of the most active and best-known artists on the international scene and his work has been presented in the world's greatest institutions and in a wide variety of sites.

In 2007, Daniel Buren was awarded the Præmium imperiale by the Emperor of Japan, a distinction regarded as the Nobel Prize for the visual arts. 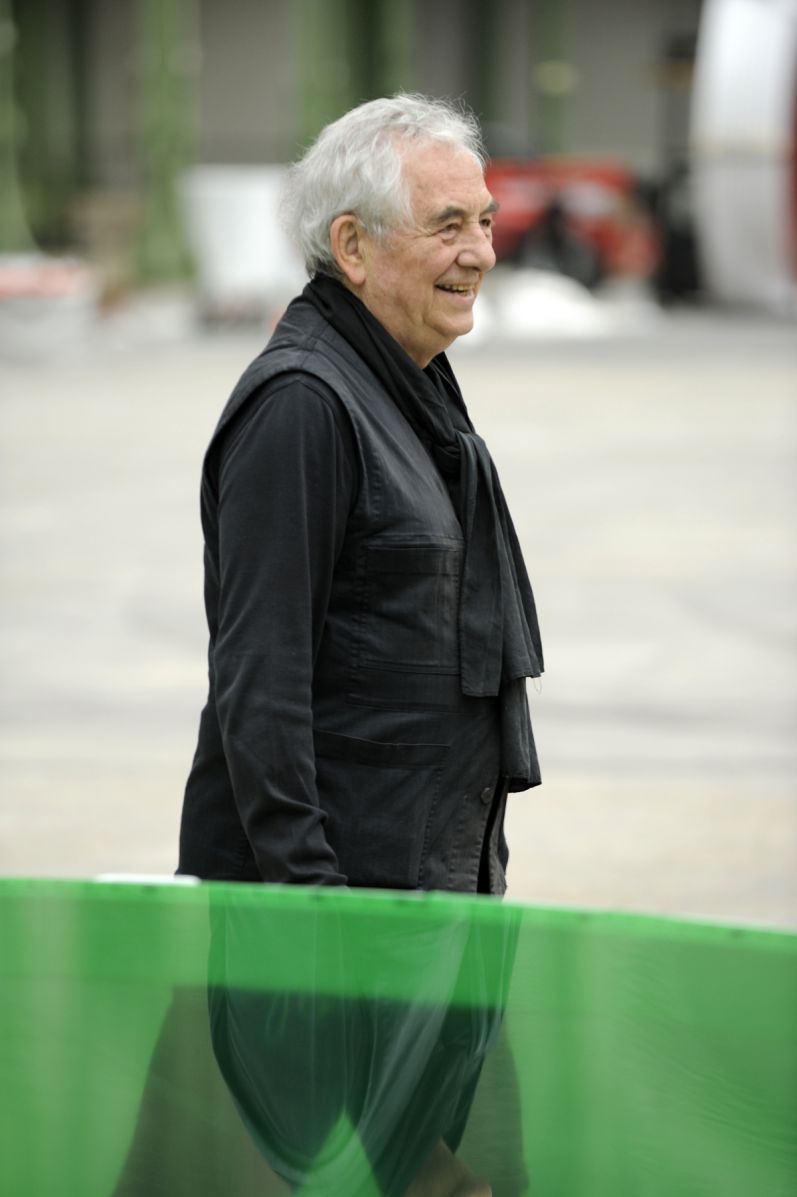