The origins of reflection

MS: How did you come to the present project? Did you go through successive stages, try different approaches or did you have a clearly defined plan to work on from the start?

DB: My first aspiration, when the invitation came, was to work with the extraordinary light in this site. But also to work with the fact that, more than an exhibition venue, it is a huge public place where you can hear the rain hammering on the roof, or see clouds sailing past and where the sun and the colour of the sky are very present. My second strong conviction (so strong that I made it one of the prerequisites for my participation) was that the work had to be done right here and that visitors had to see it as they walked along the whole length of the building, that is, entering by the south or north door. No question of entering by the main door, in the centre of the nave, which is too close to the central dome of the skylight, the heart of the whole building. This central entrance makes it extremely hard to use the whole space, especially for a solo exhibition, because everything can be seen immediately.
In my opinion, if ever there were a real disaster in the Grand Palais it is certainly the main entrance, a piece of fin-de-siècle pompousness leading into a ridiculously small bay compared to the fake majesty of the entrance, which makes it all the more pretentious and counterproductive given the otherwise extraordinary effect of the great nave as a whole. It feels as if a whole bay, just behind the main entrance, has been sacrificed.
Of course, asking to block off the usual main entrance fuelled many discussions and a bit of imagination was needed to come up with solutions! You know, when you look at all the events held in this place over the last century and more, you are literally stunned by the inventiveness of the staging, all the transformations made to the architecture, to such an extent that you begin to wonder if it is still possible to do something new! Then you realise that they mostly created a décor, which was often intended to hide the architecture.
But what I wanted to do was quite the opposite. So part of the problem was to communicate my desire to capture the magnificent light in the Grand Palais and design forms that would make others feel the same desire and share the same sensations.
So I worked on a whole range of projects, some left the space almost empty, others filled it up, still others deconstructed, dismantled or multiplied the space. They all worked around the moment when my very precise feeling would meet the right form to express it visually. For a long time I had only a very vague idea how to do it but the desire was extremely strong, although completely immaterial. I knew what I was aiming for but not how to get there or what forms to use. 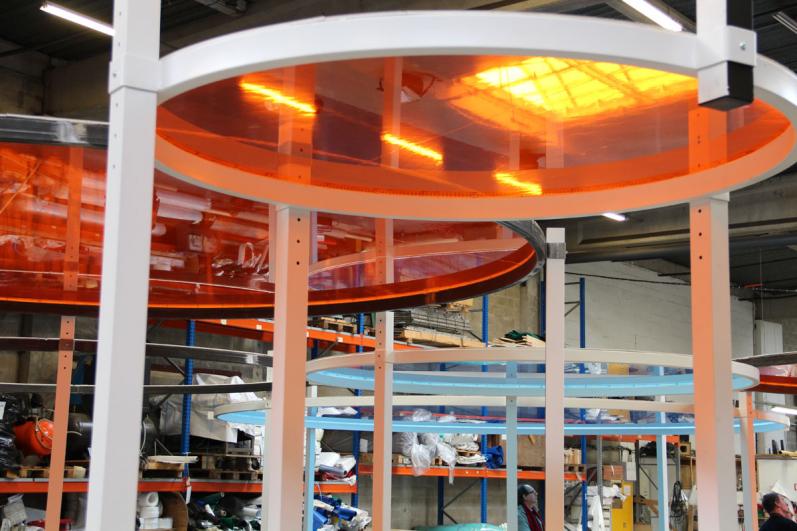