Enter by the north

MS: You wanted visitors to enter by the north end of the nave and exit by the south. What does this unusual circuit permit or change in the way they see the work and the building?

DB: As I have just said, that idea came from my experience of the Grand Palais and I really wanted visitors to walk down the whole length of it. If you go in through the main door, you immediately “consume” what there is to see because as soon as you step into the space you are in the nerve centre. All the rest of the space becomes meaningless, as if peripheral, and no longer accompanies anything because it is all the wrong way round.
The usual entrance by the main door neglects the big spaces on either side of the central dome, to the north and south of the nave. They are not used to give the whole space a special rhythm, or to give it physical form; they are not revealed little by little as we walk down the length of the building. They are just relegated to a subordinate role.
But in a building like this the whole thing must be alive, in its place and vivid, not just the part under the dome. It must be discovered as you walk along, instead of crashing down on you as soon as you step through the door, which is already deliberately crushing and disproportionate.
Besides, this is the principle of all churches, especially cathedrals. You never step directly into the choir; you usually have to walk through the rest of the building. And the time it takes is important because that is what really puts you into the spirit of the place.
The main door to the Grand Palais is certainly well placed for a car show, an art fair or various events for which the relationship to the space is secondary, but it is dreadful for discovering a work or a solo show which single-handedly and directly confronts this monumental place.
This “defect” in the way people enter the building was strikingly obvious for Richard Serra’s Monumenta (otherwise one of the best two so far, in my opinion) and I later discovered that he too had requested an entrance by the north door, but it was turned down.
I repeat that crossing the building in this way was one of the conditions sine qua non for me to work here and I said so as soon as I was invited, well before I knew myself what I would do there. Entering by the north (or the south) was, and still is, absolutely crucial.
Finally, visitors will enter the nave through the north door and the entrance will be signalled outside by a special porch; they will go through quite a long corridor ending up in the great nave, in the exhibition itself. Instead of the usual grandiose entrance, this sort of fairly long, narrow square tube will “frame” the exhibition like a sort of telescope; a simple, modest tunnel, a mouse hole leading directly into the light-filled, grandiose space of the great nave. 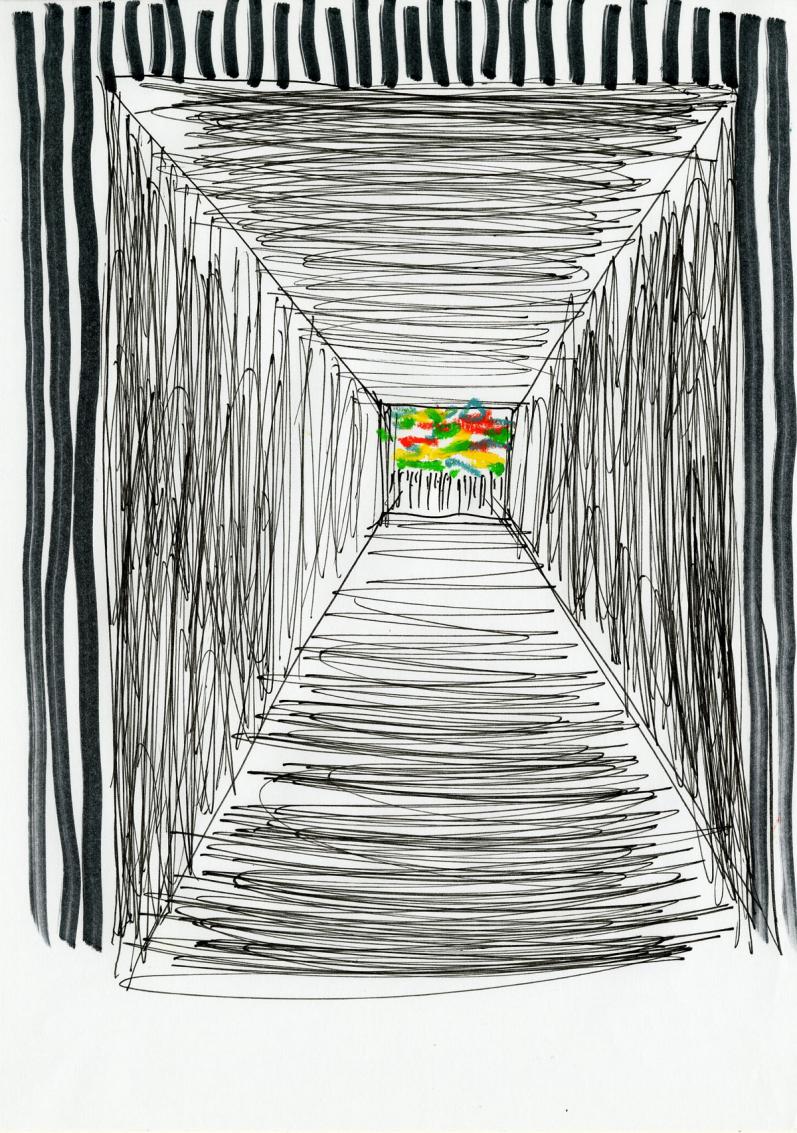 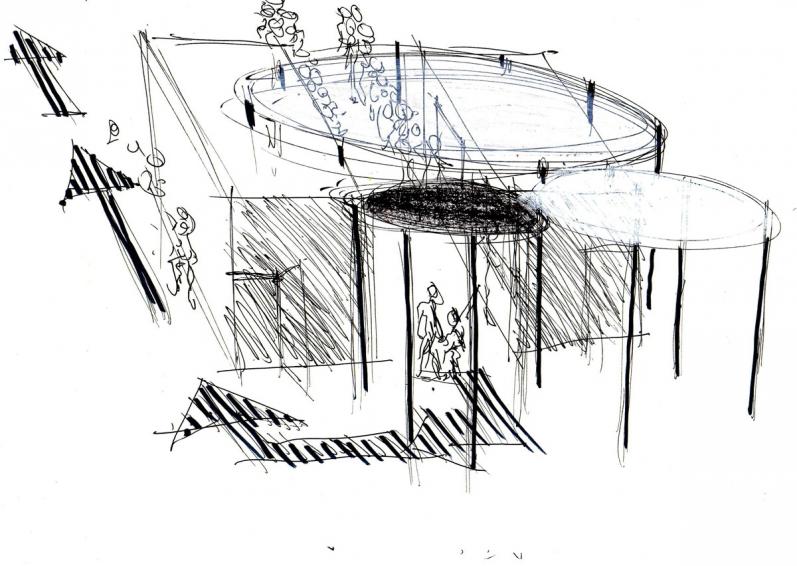