MS: While Monumenta is in progress, Cnap and Flammarion are bringing out a joint edition of Les Écrits, a major collection of over six hundred texts that you wrote between 1965 and 2011. What type of texts are in the book?

DB: You were, of course, the driving force in the publication of the first three volumes of Les Écrits, published by capcMusée d’art contemporain de Bordeaux during my exhibition in 1991, on which you worked, and here you are again involved in the sequel! We are using Monumenta as an opportunity not only to publish Les Écrits, 1965-1991, which is out of print, adding forty texts that were omitted at the time, but also to continue this major undertaking by adding texts written between 1992 and 2011.
This new work will therefore contain all the texts that I have written, large and small, pamphlets and open letters, essays or correspondence with artists, and will include the important interviews, rewritten and corrected by me before publication. As I said in 1991, such a book cannot replace the work carried out during all these years, but it accompanies it. Most of these texts were written and inspired by the work itself, but sometimes they are utopian and precede the works by several years. They will be seen in a new light when confronted by the works they heralded.

MS: The existence of these many texts which you say accompany your work shows how important writing is to you. Is reading these documents necessary to grasp the full dimension of your work?

DB: When two separate activities, both of them public, exist side by side, whatever you think of these activities and even if one powerfully dominates the other, could you leave the secondary activity aside on the grounds that it is less important? The whole seems to me to form a corpus that cannot easily be amputated. In the human body, the eyes and the feet do not have the same functions, even if for some people one part is more essential than the other, but who would gladly accept to do without one or the other?
Let us suppose that it were possible to separate the written work from the visual and plastic work. I think it would then be possible not only to see and follow my work, but also to understand it perfectly, without ever having read a line of my texts about it. The visual work stands on its own. Now, if we were to take the opposite example, could we say that someone who had never seen my work, but had read all my writings, could have a fair concrete idea of my art? My answer is categorically, no, it's absolutely impossible. On the other hand, I believe that my writing and my art support one another. But my art does not need anything else to exist and be understood. I am not absolutely sure that my texts do not need my art to be understood… So, even if they are connected, and sometimes inseparable, I think that only my art can sometimes be theoretical, and my writing, never. 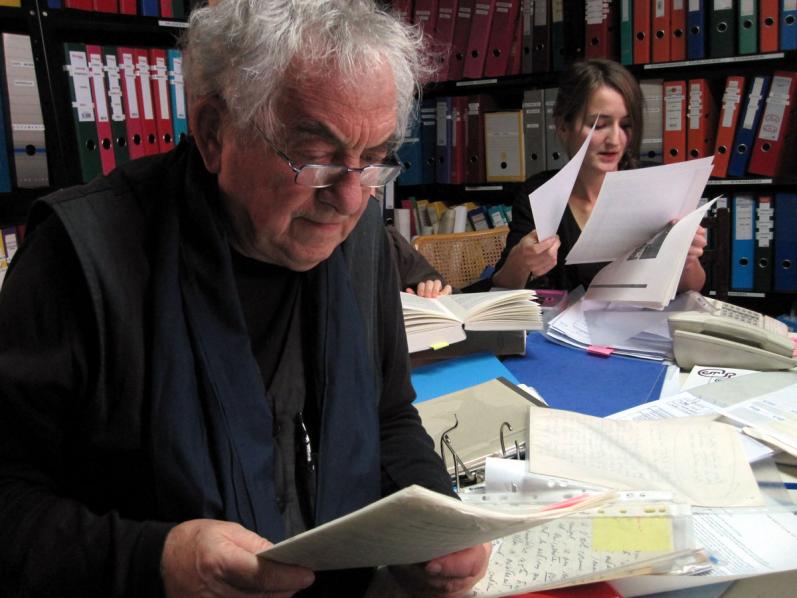