The recently renovated Grand Palais is one of the great historic buildings of Paris, and the world. Created for the 1900 Exposition Universelle, this monumental exhibition space features a glass roof rising to a height of 45 meters beneath its central dome. The vast 'nave' extends for 200 meters at ground level, covering some 13,500 square meters in a single span. The Grand Palais is the setting for a range of prestigious cultural events, including contemporary art exhibitions and fairs (LA FORCE DE L'ART, the FIAC international contemporary art fair, MONUMENTA etc.).

The Grand Palais dates from the hey-day of the great Universal Exhibitions or World Fairs of the late 19th and early 20th centuries – events designed to showcase the new discoveries and technologies of their day. Each host city built a variety of structures to house the displays, none of which were conceived as permanent buildings. The Palais de l'Industrie (the Palace of Industry) was originally built for the Paris Exposition Universelle of 1855. On the site of the present Grand Palais, this metal-and-glass structure was inspired by London's Crystal Palace, built in 1851 by the architect Sir Joseph Paxton, who specialized in conservatories and greenhouses. Government plans to dismantle the Palais de l'Industrie were finalized in 1892, making way for a new scheme for the 1900 Paris exhibition, on the same site. This included the creation of fine architectural perspective linking the Esplanade des Invalides on the Left Bank of the Seine, with the Champs-Elysées. A design competition for a monumental new building was announced in 1894. The official architectural competition was launched in 1896. Like the Trocadéro (1878) and the Eiffel Tower (1889), the Grand Palais was conceived as the architectural centrepiece of Paris's latest Universal Exposition, ushering in the new century.

The Grand Palais was designed to house two exhibitions covering every aspect of the fine and decorative arts. After the close of the 1900 exhibition the building passed into State ownership, and became the venue for the annual Salon des Beaux-Arts, together with an array of other exhibitions, agricultural and horticultural fairs, equestrian events and festivities.

The building of the Grand Palais was entrusted to four architects: Henri Deglane, Louis Louvet, Albert Thomas and Charles Girault. The group drew up the finished plan (an amalgam of the best of the winning designs), co-ordinated work on the complex as a whole, and built the neighbouring Petit Palais.

Work began in 1897, with a 1500-strong workforce. The metal roof structure weighed a total of 8,500 tonnes (compared with 8,000 tonnes for the Eiffel Tower, and 11,500 tonnes for the Gare d'Orsay railway station, now the Musée d'Orsay). The building rests on 3,400 oak piles, each measuring between 25 and 35 centimetres in diameter (replacing the original scheme for 152 pine piles). The foundations are sunk up to 12 meters deep, into the limestone bedrock. Numerous artists of the day were commissioned to produce the decorations: Victor Peter and Jean-Joseph-Alexandre Falguière, Louis Edouard Fournier, Joseph Blanc, Georges Récipon etc.

The Grand Palais hosted a range of events including the Foire de Paris, the Salon de l’Automne (fine art), the Salon de l’Automobile etc. Over time, it become the venue for more specialized trade and industry fairs, such as the Salon de l’Aéronautique, the Salon de l’Enfance (nursery care and childhood), or the Salon des Arts Ménagers (home, entertaining and household appliances). Such events were invariably marked by spectacular decorations, specially installed for the occasion. Gradually, the Grand Palais lost its original vocation as a showcase for the fine and decorative arts. At the same time, the building was beset by increasing structural difficulties.

In 1993 one of the roof rivets plummeted to the ground from a height of over 35 meters, and the Grand Palais was closed. The French State began work to consolidate the foundations and reinforce the roof structure. Restoration work also began on the façades, the sculptures and other elements of the building's original decorative scheme. 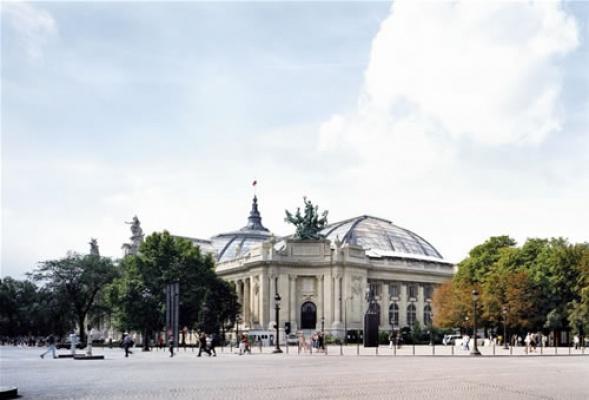 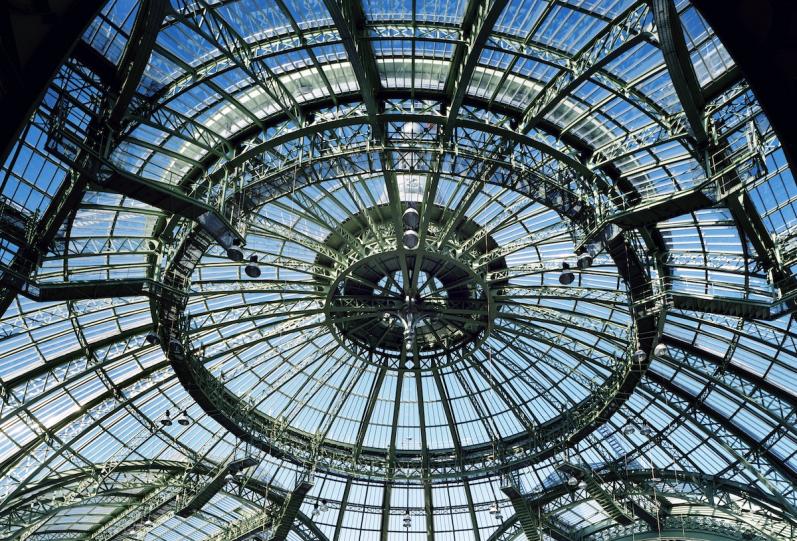 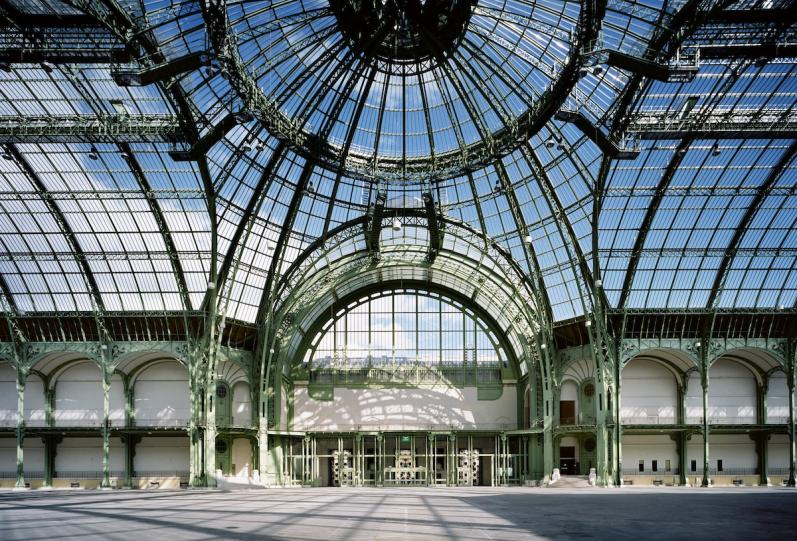 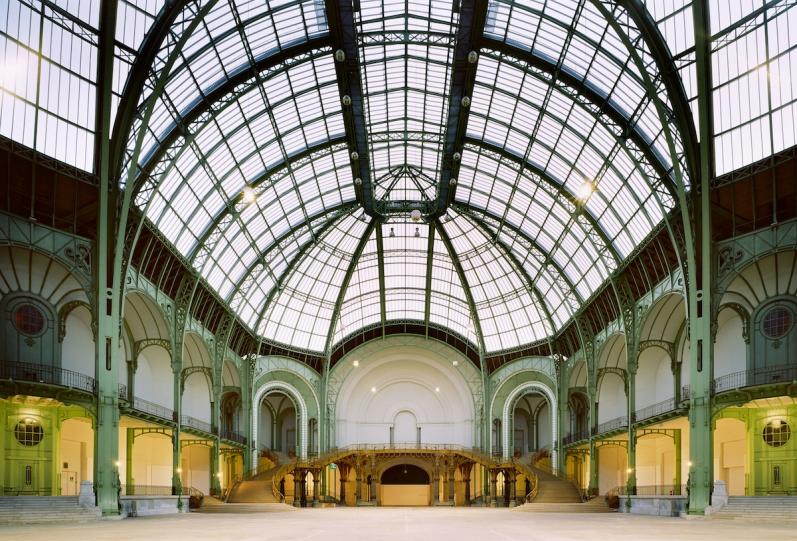